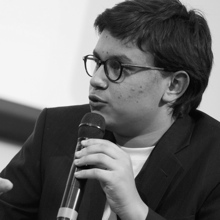 Clemens Guptara (born October 1995) is a young speaker, writer, columnist and commentator on a wide range of topics to do with globalisation,global development and other social, political and economic issues.

He is a living example of youth leadership and likes to challenge and encourage other youngsters to live up to their potential. Clemens has been invited to numerous countries to give speeches, including an address to the United Nations in New York in 2010. He is a member of the World Youth Parliament. He has written for, among other publications, Der Standard and the “Austrian Parliamentary Correspondence” News Agency.

He is also the youngest member of Sandbox, an exclusive global community of young achievers below the age of 30.