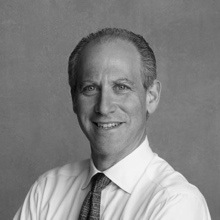 Director of The Museum of Modern Art (MoMA)

Glenn D. Lowry became the sixth director of The Museum of Modern Art in 1995.  He leads a staff of 750 and directs an active program of exhibitions, acquisitions, and publications.  His major initiatives over the past 14 years include guiding MoMA’s $900 million capital campaign for the renovation and expansion, of the Museum, and building its endowment, reinvigorating MoMA’s contemporary art program, and challenging conventional thinking about modern art.

A strong advocate of contemporary art, Mr. Lowry conceived and initiated the Museum’s successful merger with P.S.1 Contemporary Art Center in 1999.  He has lectured and written extensively in support of contemporary art and artists and the role of museums in society, among other topics.

Mr. Lowry is a member of the Williams College Board of the trustees, a fellow of the American Academy of Arts and Sciences, a resident member of American Philosophical Society and serves on the advisory council of the Department of Art History and Archaeology at Columbia University.  He is also a Steering Committee Member for the Aga Khan Award for Architecture.  In 2004, the French government honored Mr. Lowry with the title of Officier dans l’Ordre des Arts et des Lettres.  Mr. Lowry’s most recent publications include Design for the New Museum of Modern Art (2004); ARTnews: ‘Gained in Translation’ (2006); Oil and Sugar: Contemporary Art and Islamic Culture (2009); and The Museum of Modern Art in This Century (2009).

Prior to joining The Museum of Modern Art, Mr. Lowry was Director of the Art Gallery of Ontario (1990-95), one of the preeminent art museums in Canada.  At the AGO, Mr. Lowry led a staff of 300 and a program of exhibitions, collections, and publications spanning early Renaissance through contemporary art.  He was responsible for completing a $58 million building project in 1993 that comprised a 200,000-square-foot renovation and a 100,000-square-foot expansion.  In 1993, Mr. Lowry brought an exhibition of modern French masterworks from the Barnes Foundation in Pennsylvania to the AGO that netted a profit of $2.5 million Canadian, more than 10 percent of the AGO’s annual budget, and attracted record numbers of visitors to Toronto.  During Mr. Lowry’s tenure, the entire AGO collection was reinstalled with an added emphasis on modern and contemporary art.  Together with the newly enhanced facilities, the new programming dramatically transformed and reinvigorated the Gallery, bringing it international critical acclaim and popularity.