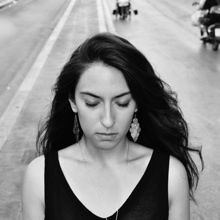 Matina is a journalist with Dow Jones Newswires and the Wall Street Journal in Brussels, where she covers economics and competition. She has written for the Economist, where she won the 2010 Marjorie Deane financial journalism award, and the Guardian. She is a regular European economy and crisis analyst on all BBC and BBC World outlets, AlJazeera English, Sky News and RTE (Ireland). Before working with international media, she was editor in chief of Greek newspapers City Press and Free Sunday, and subsequently London correspondent for Eleftherotypia.

Matina read Modern History and Politics at the Queen’s College, Oxford and has an MPA in Public Policy and Management from the London School of Economics. She was born and raised in Athens.