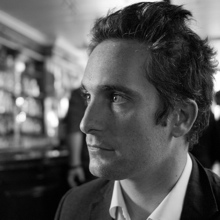 CEO and Principal at Berg Studio

Matt Webb is CEO and Principal at BERG, and co-founded the studio in 2005. BERG designs products for the near future: “Mag+”, the magazine concept for tablet computers in 2009 with Bonnier AB, went on to become the first digital magazine platform on the iPad. And, with Dentsu London, the “Suwappu” project is inventing a new kind of digital storytelling with cute, augmented reality toys. The studio also works in its own new product invention, notably “Here & There”, a new map projection of Manhattan (now exhibited in the New York Museum of Modern Art), and SVK with Warren Ellis, a comic book printed with invisible ink.

Matt is co-author of the book Mind Hacks (O’Reilly, 2004), a popular collection of explorations into the workings of the brain. It has since been translated into 7 languages. In 2011 he was named by Wired UK as one of Britain’s top 100 digital power-brokers. He is a regular speaker on the inspirational role of design and technology in culture, and has keynoted conferences in California, Copenhagen and Sydney. He lives in London.