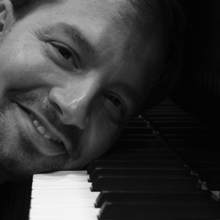 Nikolaos Zafranas was born in Thessaloniki. He received his BA and MA in Piano Performance from the University of Music, Graz, Austria, and his PhD in Music Education from Brunel University, London, UK. He is author of several articles on various music education topics and of the book “Effects of music instruction on cognitive abilities of young children”, Lambert Academic Publishing, 2010. As an artist, he is the recipient of several distinctions and awards in Greece and elsewhere. His performances include recitals and chamber music concerts in many European countries and in North America. He has recorded for the television and radio and can be heard in solo and chamber music works on 2 CDs. He is a founding member of the “Piandaemonium” ensemble and of the “Transcription Ensemble”. Besides piano performance, research interests include cognitive development and music education as well as preschool music education. He is currently Lecturer of Music Education at the Aristotle University of Thessaloniki, Greece.

The Music of Education