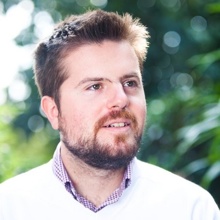 Dimitris Kalavros-Gousiou is a young entrepreneur, trainee lawyer and technology enthousiast who splits his life between London and Athens. Dimitris holds a Law degree from the University of Kent at Canterbury and an LLM (Master of Laws) in Computer and Communications Law from the Queen Mary University of London. The day before his last exam at Kent, Dimitris decided to apply for a TEDx licence. TEDxAthens was born on May 5th, 2009.

He is the Founder and Business Development Officer of Away.gr, which is considered as one of the most influential and well respected media sources about innovation and technology in the country. Dimitris is a Contributing Editor at TechCrunch Europe and a Legal Apprentice at G.-E. F. Kalavros and Partners Law Firm. Dimitris also serves as a Referrer at HackFwd, a pre-seed investment firm based in Hamburg.

He is also a member of Sandbox Network, the foremost global community of extraordinary young achievers between 20 and 30. Dimitris attended TED Salon 2010.